This post tracks the performance of Weather-Dependent “Renewables on a quarterly basis as 2022.  Data is shown from January 2022 to September 2022 from hourly databases of power generation.  So far Weather-Dependent “Renewables” have performed better in 2022 than in the Wind Drought year of 2021.  Nonetheless their combined productivity to date still remains around the 20% mark.

For some 80 days in the year Wind power production across the whole DE UK FR area fell below a quarter of its nominal nameplate output.

The idea that “the wind is always blowing somewhere” is false.

Viewed overall the whole  year of 2021 Wind power productivity / capacity percentage was reduced from a combined Onshore / Offshore norm of ~27% down to ~20%.

But this reduction in overall annual performance in no way accounts for the obligations of Grid management for the provision of a consistent service, which has to accommodate these precipitous changes in Weather-Dependent power output.  With periods high winds, Wind power also has to be curtailed either for reasons of safety or because its wasteful over-production can damage the Grid.

The persistent periods of low Wind power generation might be ameliorated by the use of Grid scale batteries but only for short periods, (a few hours rather than days), and then only at absolutely prohibitive cost.

It has even been estimated that the stored energy required to power just the UK for a week would be equivalent to the energy output of 1200 Hiroshimas.

And, as far as their Energy Return on Energy Invested Wind and Solar power technologies are parasitic on the other technologies for power generation.

A quarter of UK electricity bills for both domestic and commercial users are already devoted to subsidies for the Wind and Solar power industries.  Power costs in Germany and Denmark are now the highest in the World.  As these subsidised”Renewable” industries provide an unreliable and costly service that imposition on utility bills should be terminated.  All Weather-Dependent generators should:

This post examines the Wind power performance based on hourly generation data in three major European nations over the year 2021:

In the context of the EU(27)+UK, together in 2021 these three nations represented:

Accordingly, together these 3 Nations are reasonably representative of the Europe-wide commitment to Weather-Dependent generation.  2021 was a poor year for Wind power and those effects can be presumed to roughly equivalent across the rest of the whole European (27)+UK Region.  This analysis is based on the assembly of hourly generation data by 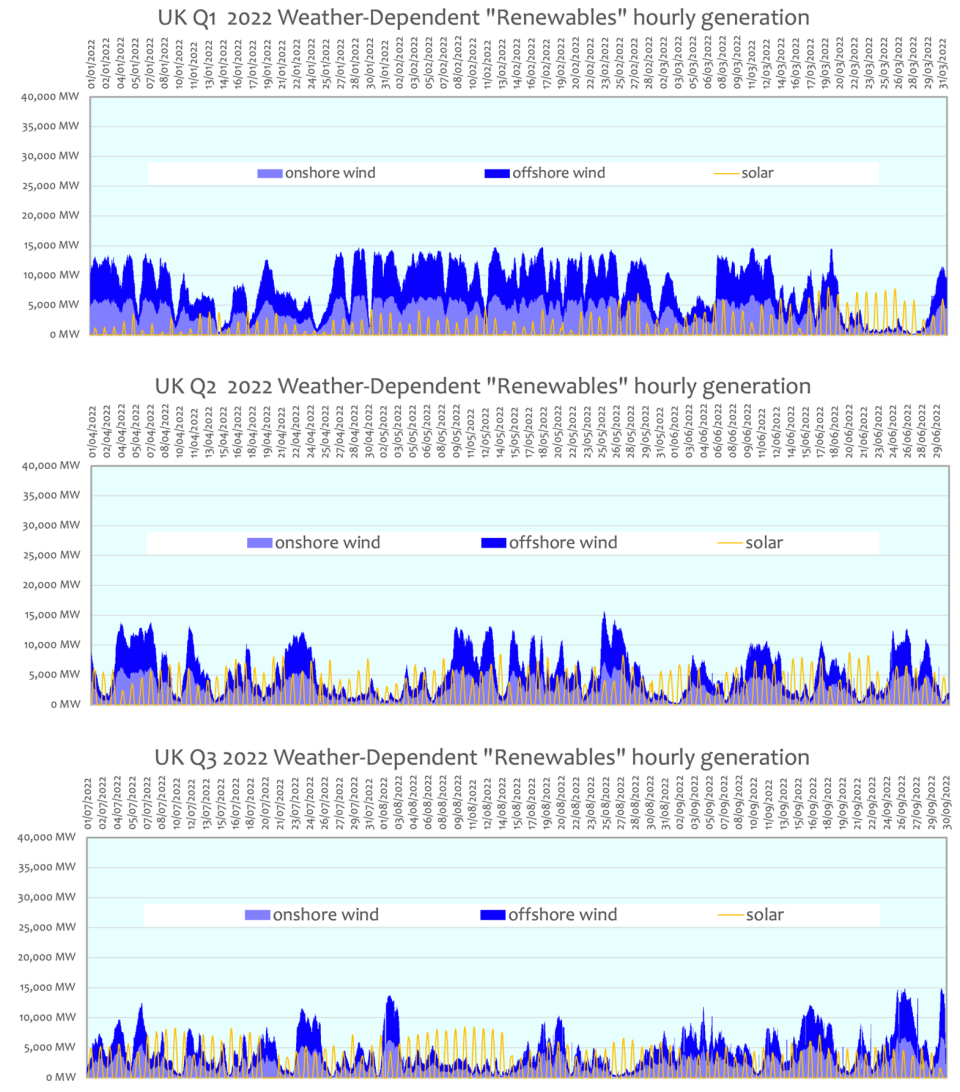 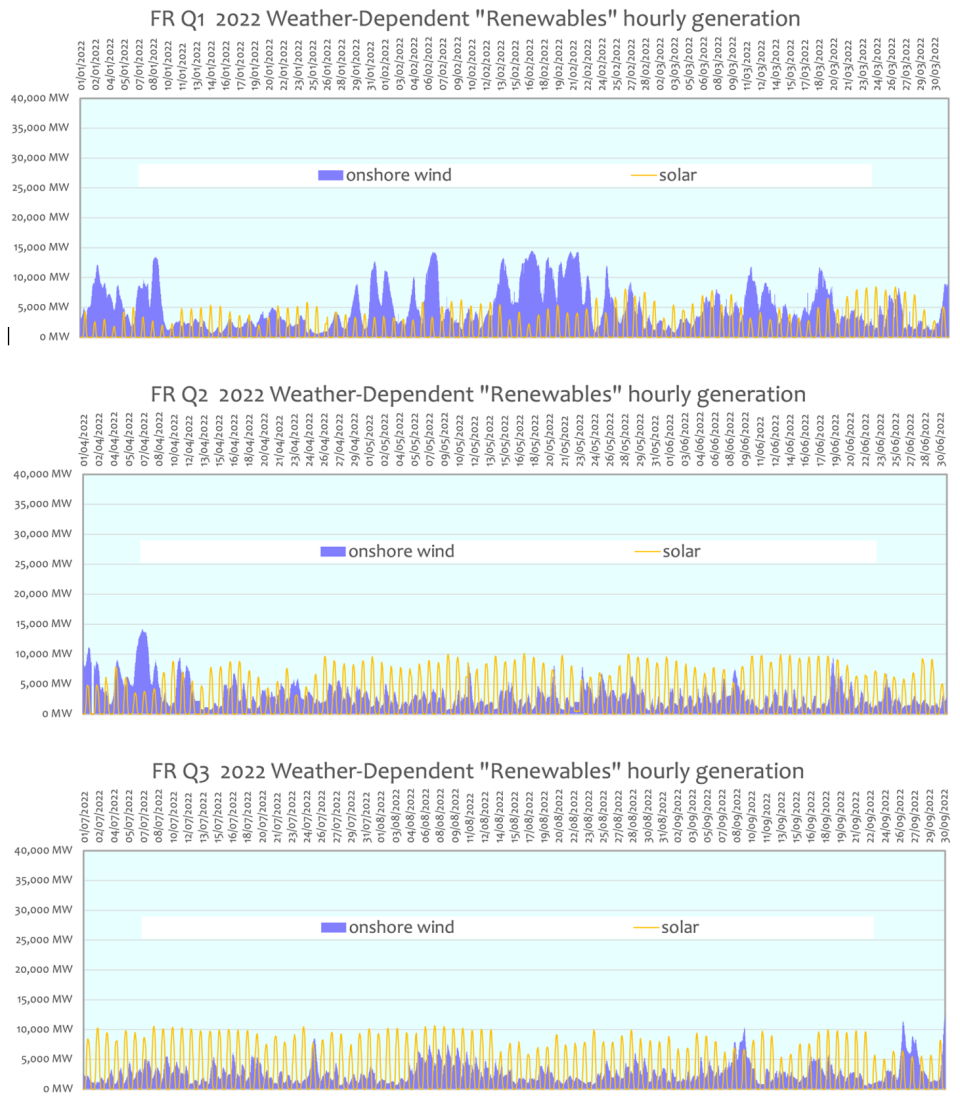